The Castle of Zumelle rises up on the top of a hill with a sheer drop down to the river Terche. The first centre of a fortified castle in Zumelle dates back to the 1st century AD, in 46-47 AD to be precise, when the Romans were bolstering their influence in Valbelluna. The building was erected where the main part of the castle stands today, in a strategic position for monitoring movement along the Via Claudia Augusta Altinate (or one of its branches). During the Barbaric invasions, the castle became the centre of the local defence system before suffering extensive damage and falling into disuse. A combination of history and legend recounts that the main centre was rebuilt and enlarged by the Goths (the work of Genseric) around 540 AD. Legend has it that Genseric took up residence in the Belluno castle. Legend goes on to tell of two twins, from which the place name Zumelle is derived, who were born from his marriage to the lady-in-waiting, Eudosia.

The Castle of Zumelle played a key role in the history of Valbelluna and the Northern Veneto region throughout the Early Middle Ages when it was caught up in bloody feudal conflicts.
The castle was rebuilt in 1311 by Rizzardo Da Camino, Lord of Treviso, Belluno and Feltre, but later fell into disrepair. The advent of the Serenissima (Republic of Venice) and firearms meant that the fortifications of Zumelle were no longer required. The manor house was renovated in the 1960s.

The Castle of Zumelle is the best preserved example of its kind anywhere in Valbelluna. Only the outer fortifications have been completely destroyed. The main centre, with its walls and tower, is surrounded by a deep moat dug out of the rock. Access to the castle and the small internal courtyard is along a road that winds up the hill. The 36 metre high tower has a square layout on five storeys connected by a wooden staircase. The old church dedicated to San Lorenzo is on the north side of the walls.

A leap back in time. A triple somersault straight into the Middle Ages to relive the genuine, authentic atmosphere of an ancient manor house in a time of splendour, among artisans, ladies,knights and pilgrims. To savour the history to the full, just take a seat on one of the benches in the tavern or walk round the castle portico. And in no time at all, you will feel just like a pilgrim from the Early Middle Ages. Or like a pilgrim journeying on the road to the main sanctuaries. The tower, furnished along the lines of a castle house, welcomes visitors like the Lord of the Castle looking out over valleys from the vantage point of his castle. On the main floors, on the other hand, ladies and knights await the visitors in an amazing atmosphere. In one of the wings of the building, there is an archaeological area dug out in the dungeons of the castle. On the top floor, there is a magnificent scriptorium including a library. Who knows, if you close your eyes, perhaps you'll find yourself transported back into the past. 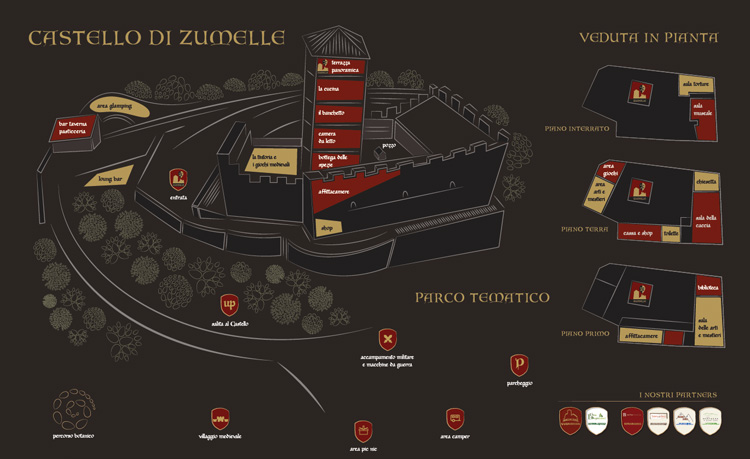 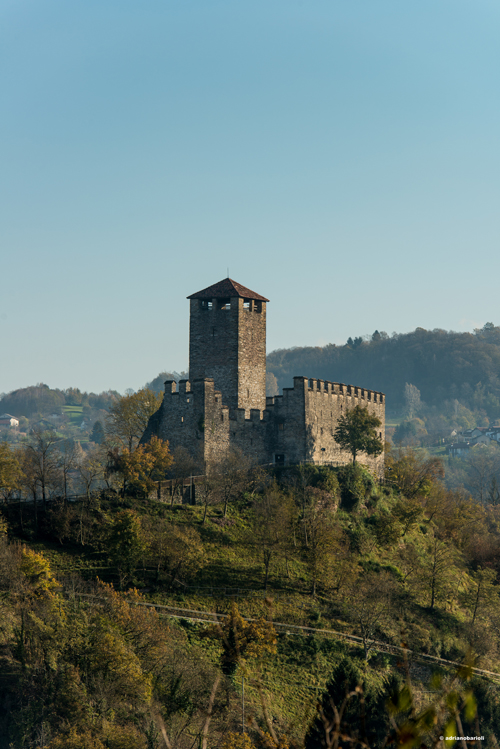 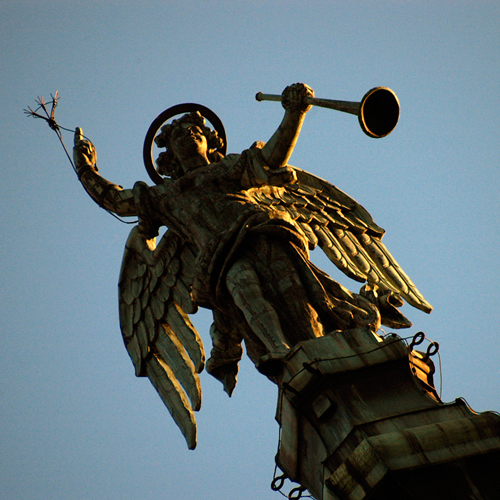